The story of Modlich Monument Company follows four generations of a family dedicated to creating beautiful stone memorials for central Ohio families. Our long family tradition began with Linus Modlich, a skilled stone cutter who owned his own monument company in Germany. In 1927, Linus moved to America to showcase his talent at Zenker Monuments, a former company of the central Ohio area. During the height of the Great Depression business suffered, and Mr. Zenker could no longer afford to pay Linus enough to support his wife and four children. Linus had no choice but to leave Zenker Monuments and start his own company. 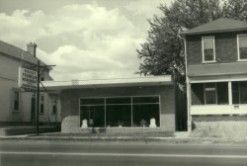 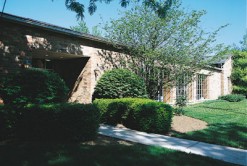 In 1936, Linus founded Franklin Monument Company on Mound Street with a $1,000 loan from a relative. Initially, Linus worked alone in the shop and did sporadic work for other monument companies in order to support his family. He would borrow a portable compressor from a friend in Dayton when he needed to do on-site engraving. His wife looked after the shop while he was out working other jobs. In 1964, the second generation of the family took ownership of the business when Linus retired and his son John purchased the company. 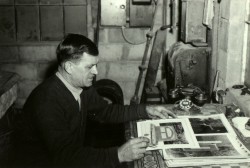 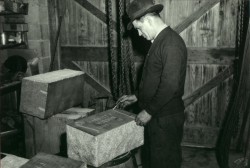 John began working for the company in 1939, spending his evenings after school in the shop. After graduating, John worked full-time until he joined the military. In 1946, John returned home to Columbus and immediately began his career with the family business. John continued to develop the company, even as it was forced to relocate due to the construction of Interstate-70. The company was moved to its current location on Hague Avenue in 1971. The success and growth of the company required its facility to be expanded in 1983. Now known as Modlich Monument Company, it had grown from the smallest to one of the largest monument dealers in central Ohio. In 1990, the company transitioned to the third generation as John retired and his sons Jerry and Dan purchased the business. 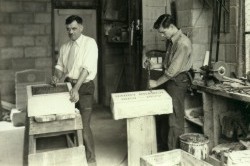 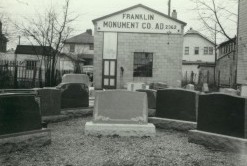 Each of John’s nine children worked for the company. Of his six sons, five are still involved in the stone industry. The commercial fabrication company, Modlich Stoneworks, split off in 1986. Modlich Monument Company now employs the fourth generation, which is rare in many family businesses. All of its employees, including the family members, have many years of experience in the memorial industry and contribute to the company’s legacy of producing monuments of lasting quality and craftsmanship. 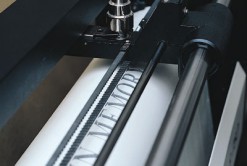 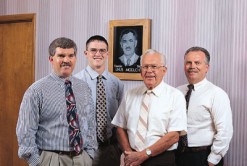